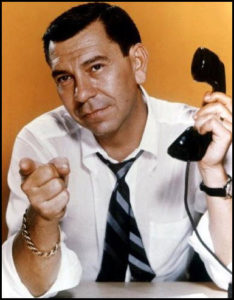 Tis the season for Chocolate (Cocoa) to do well, will it repeat its historical pattern again this year?

Below looks at the seasonal pattern of Cocoa from Sentimentrader 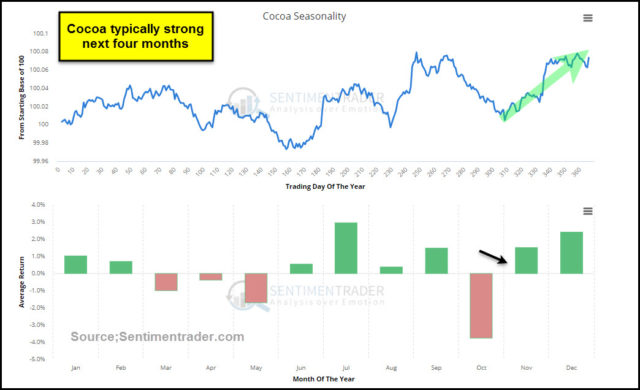 Going into this period of seasonal strength, Cocoa bulls of late are hard to find and dumb money traders have established one of the largest short positions in this commodity in years. The triple combo could make the price action of this commodity very interesting going forward.

This commodity can be played in the futures markets or two different ETF’s (NIB & CHOC). Below looks at NIB 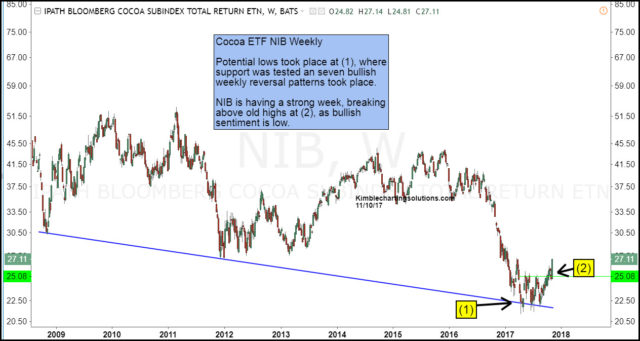 Cocoa ETF NIB could have built a base at, where seven different bullish wicks (reversal wicks) took place just above 10-year support at (1). Of late NIB has been moving higher and this week looks to be breaking above highs hit earlier this week at (2).

A nice combo of pattern, sentiment and traders positions is in play in this asset that is down nearly 50% in the past couple of years.

Some perspective- since the first of this month, NIB has gained over 7%, which is nearly half of what the S&P has done year-to-date.

Full disclosure Premium and Sector members have been long NIB since the end of October. If you would like to become aware of these type of pattern and sentiment setups, we would be honored if you were a member.