US Dollar-Rally Could Start Here After Rare Decline 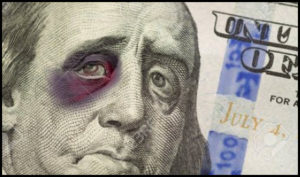 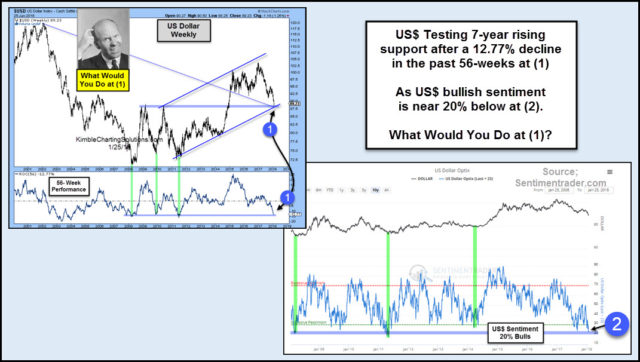 The upper left chart above highlights that King Dollar has declined this large of a percent (13% in 13-months) at (1). In the past, this large of a decline in a little over a year has found the US$ closer to a low than a high. The same story can be said about sentiment.

Below looks at the US$ over the past 28-years-

No doubt the intermediate trend in the US$ is now lower, due to the 13% decline in 56-weeks. The large decline now has it testing a potential support cluster at (1).

With this support test in play and US$ bulls hard to find, this price zone creates a price point where the out of favor US$ could start an “out of favor counter trend rally.”

If a short-term counter-trend rally would happen to start taking place at (1), it would put some downward pressure on the metals sector, which is testing key falling resistance lines at this time. If you would like to stay on top of Currency patterns or pattern in the Gold, Silver, Copper, and miners markets, we would be honored if you were a Premium or Metals Member.