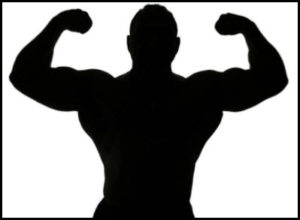 Junior Gold Miners ETF (GDXJ) has been reflecting actual and relative strength of late compared to the S&P 500. On December the 20th the Power of the Pattern shared that GDXJ had hit an important support line and was experiencing a short-term breakout. See 12/20 post HERE. 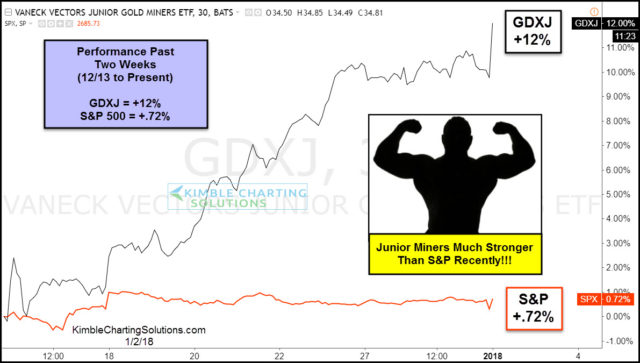 GDXJ has been strong of late, gaining 12% in a little over two weeks. They gained nearly two-thirds of the S&P 500’s 2017 gain in this short time frame!

Below looks at an update on the GDXJ pattern- 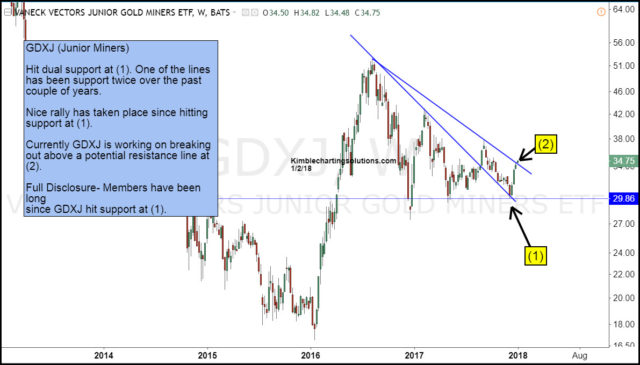 After hitting 2-year support at (1), a nice rally in GDXJ has taken place. Today, GDXJ is making an attempt to breakout above a potential resistance line at (2). If it succeeds, it could attract more buyers into the out of favor mining sector.

Full Disclosure- Premium and Metals members have been long GDXJ since the 12/120/17. We continue to raise stops to protect capital and gains.